I'm a big believer in having the best tools possible for the job. I've gone through at least 3 Microsoft Ergonomic Keyboard 4000's, and used to think those were the best keyboards ever (as did Jeff Atwood).

I got this one for my place - Cherry MX brown switches, which are less noisy (though definitely they could be even more silent): 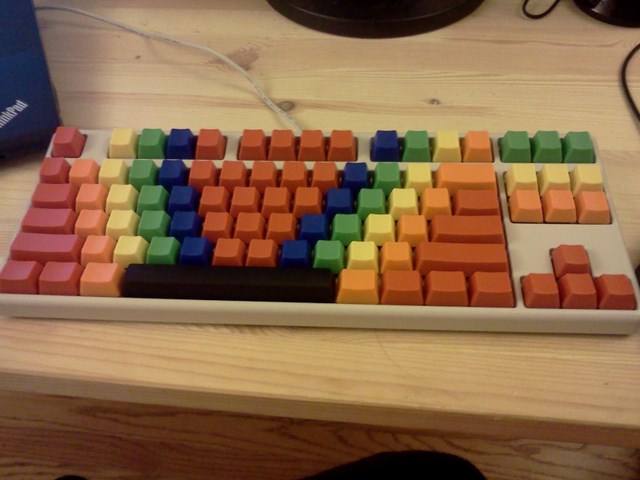 I ended up buying two keyboards, both with Cherry MX switches (~110 USD from here). I didn't get a buckling spring keyboard, because they are more noisy and there aren't any space-saving tenkeyless models available. The third alternative - keyboards with Topre switches - are more expensive (~300+ USD) and have been described as less tactile. I'll probably get a Topre keyboard eventually anyway, just so I can try it out.

Here is the new keyboard I use at work, which has Cherry MX blue switches (a bit more noisy than my other keyboard, but definitely one I prefer):

Best purchase in a long time!